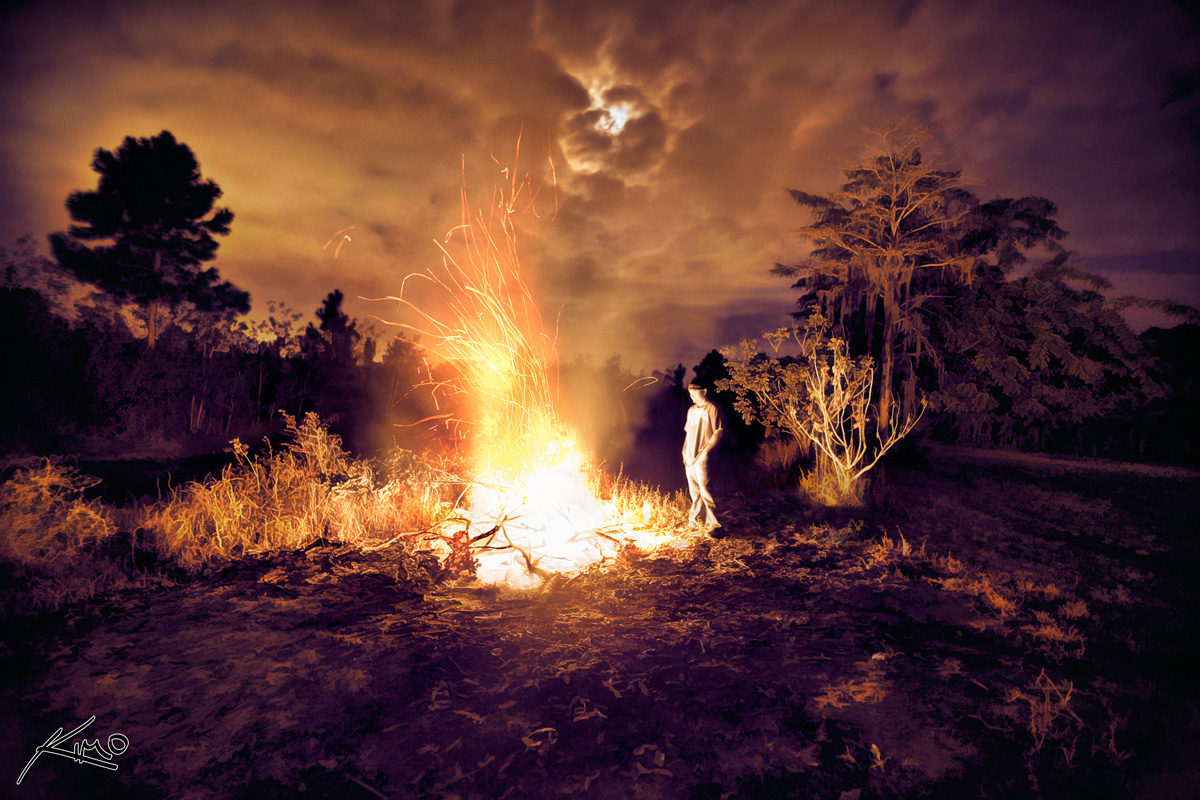 Bonfire at the Acreage

Every year, at about this time, we like to get together and have a big bonfire out in the Acreage. I didn’t plan on shooting anything for the blog. But I brought my camera incase something interesting happened. Well… since I had the camera and nothing worth while presented itself, I figured doing some self portraits next to the fire was interesting enough.

This image is a single exposure HDR from one RAW file. Shooting multiple exposures of this without any ghosting would have been impossible. I also had to shoot this photo at 6400 ISO just to get the shutter speed as fast as possible and still capture the moonlit clouds in the background. Because of the high ISO there was lots of noise, but luckily Topaz Denoise does an excellent job of removing noise under these conditions.

I thought this image was pretty cool. There were a few elements that made this photo really stand out. However the noise made the image quality so poor that I wasn’t sure if it was salvageable. After an hour of post processing I was able to produce something visually acceptable. Normally I don’t like to force an image to work but for those rare ones I’ll invest some extra time. I’m pretty satisfied with this image so far but I might do some more work to it later.