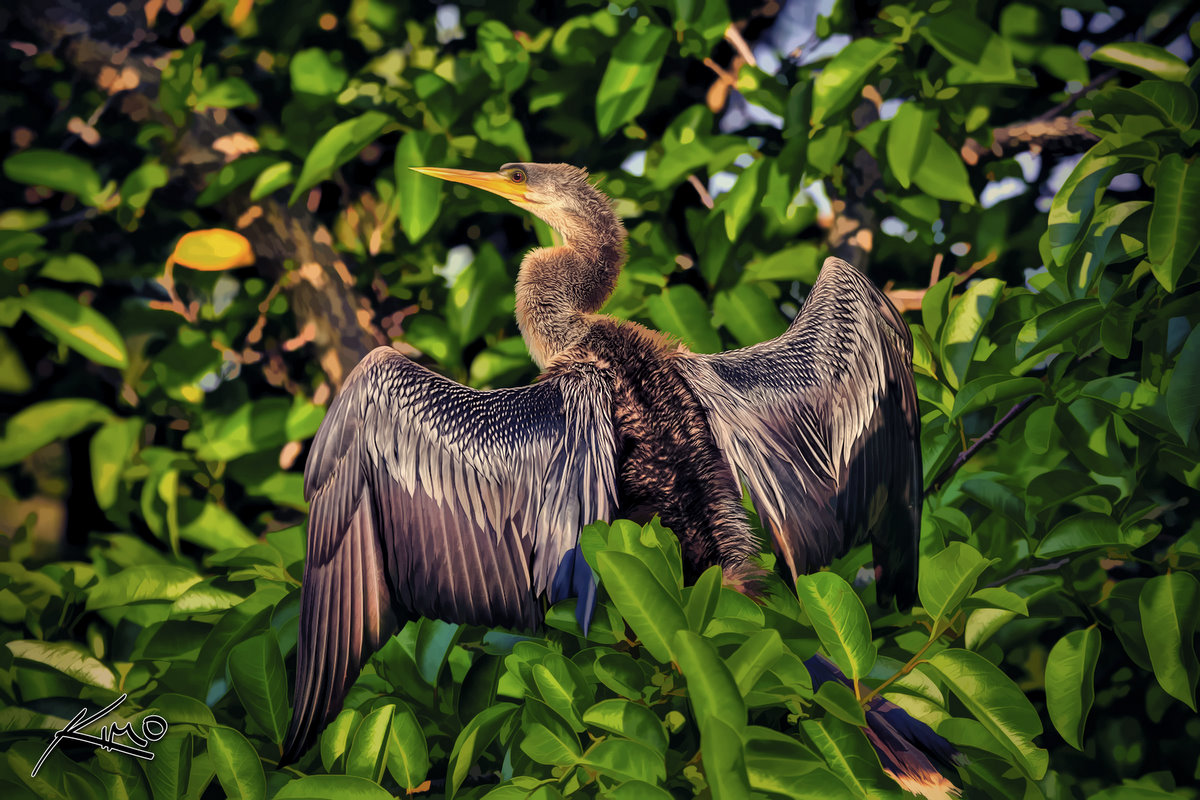 The Anhinga is a very common bird found throughout Florida. These feathered creatures are pretty cool compared to some of the other birds. Unfortunately I see them way too often so to me it’s just another bird. But if you’re able to get really close to one, their beauty will amaze you. The best place to see one up close is at Wakodahatchee Wetlands Preserve in Wellington, Florida. In some cases you can come as close as arms length, more than enough to fill the frame using a 50mm lens!

This is a single exposure HDR tone mapped from a single RAW file using Photomatix Pro. Than I used Topaz plugins to add some extra finishing touches to the image. Right now I’m experimenting with some different techniques for birds, and animals in general. I don’t want to get to crazy with wildlife, but I also don’t want to post another ordinary photo either. I think there are plenty of those already all over the web!