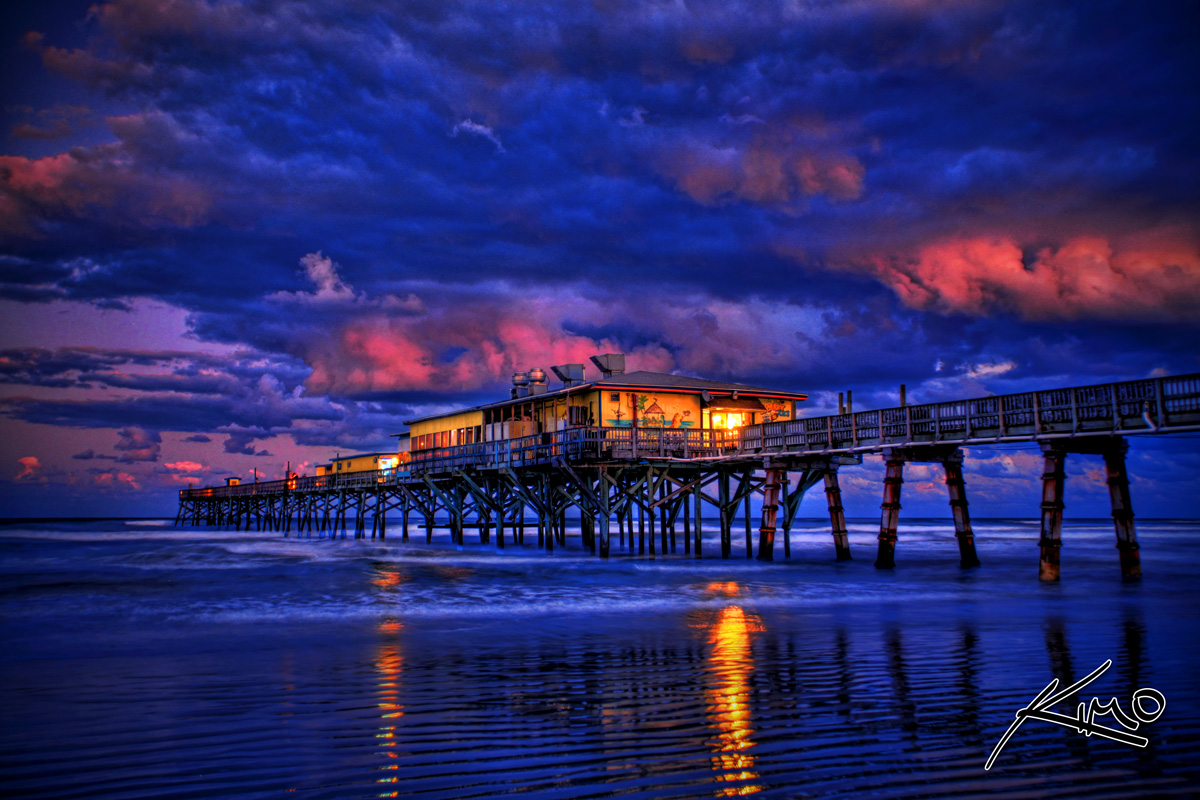 The 2nd of a series of 3 HDR photographs taken at the Sunglow Fishing Pier. The Sunglow Fishing Pier is located in Port Orange about 15 minutes south of Daytona. This photograph was taken 30 minutes after the sunset. I didn’t think I was gonna make the shot because I didn’t realize the distance of the pier from where I parked. It wasn’t until I started walking along the beach that I realized it was about 1 mile away! I started jogging and barely made it with about 5 minutes of light left to shoot from. Just enough to get 3 good shots in.