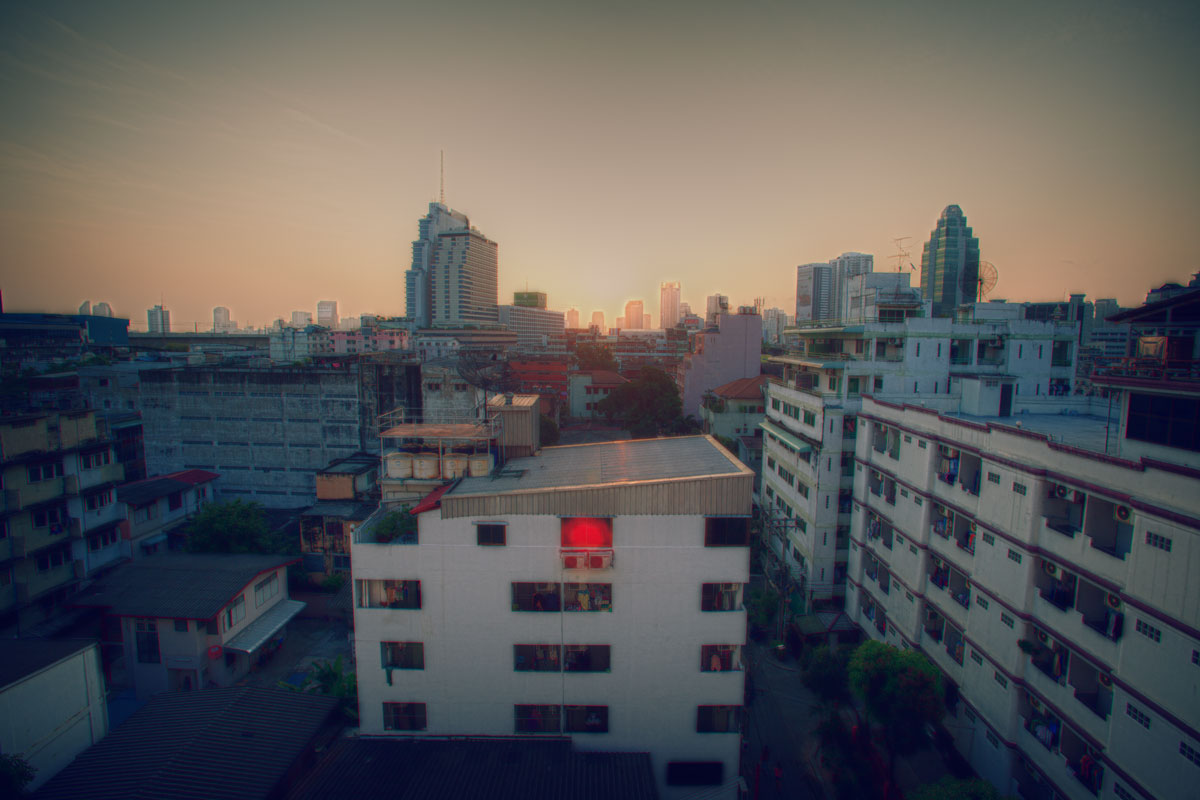 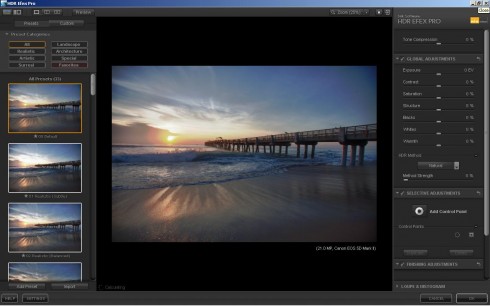 Posted March 2, 2011 –  HDR Efex Pro by Nik Software is the sixth HDR program to be tested and reviewed by Captain Kimo. I remember testing Nik’s HDR software when it first released and it was dreadfully slow then. Nothing has changed in terms of speed, it’s still slow. My single core laptop could have something to do with the speed, but than again the other HDR programs that I’ve tested seem to run just fine.

Creating an HDR image in HDR Efex isn’t any different than the other five HDR programs that I’ve tested. Loading the exposures is the first thing that needs to be done. This can easily be done in two ways; you can click the Merge (Multile Image Series) in the HDR Efex Pro menu, or you can go to File/Automate/Merge to HDR Efex… both will bring up the same window letting you load your exposures. 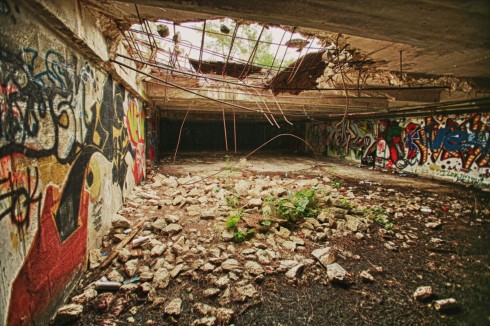 I really like the way this window is laid out… it’s basic, simple and has everything needed for merging exposures. Options available in this window are open as Smart Object, Alignment and Ghosting. Not quite sure what the purpose of opening the image as a smart object is… but I never liked using smart objects because Photoshop seem to run slower when used.

After I’m done, clicking the OK button will let HDR Efex merge my exposures. This process can take some time… it’s a little slower than the average HDR software that I’ve tested. When HDR Efex is done merging the exposures, it takes me straight to the tone mapping window. Kudos to Nik for not making me click any more buttons than I need to get to the tone mapping window. 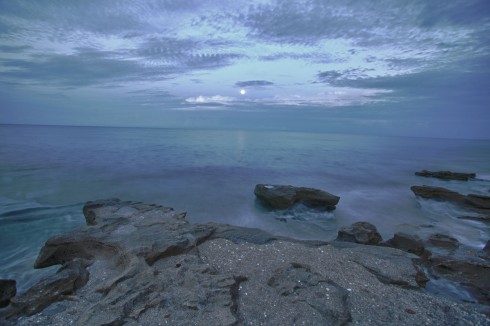 HDR Efex’s tone mapping windows is the most intuitive and well design user interface of all the other HDR software that I’ve tested, with presets on one side and tone mapping adjustments on the other. However there is something annoying about the interface, the Navigator window. It pops up for no reason and I can’t seem to close it. I’ve always disliked menus that lay on top of the preview image. I also noticed that when the Navigator window appears I can’t view to fit the entire image in my preview area.

Everything about the interface is perfect until I start making adjustments. Than the problem with HDE Efex arises… it’s slow as molasses. I have a hard to moving the sliders in the window, and I’m not talking about the control sliders. I’m talking about the main sliders that move up and down that show more options. And the crazy thing is… when I even touch the slider, or anything else for that matter, HDR Efex wants to recalculate the preview image. 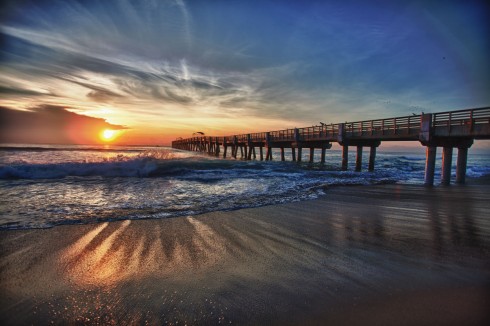 As for the tone mapping options available in HDR Efex, there are plenty to assist the user in creating dynamic or natural images. HDR Efex also has extra options like HDR Method, Selective Adjustments and Finishing Options. All these features are very helpful in assisting the artist to produce very creative images, something Nik Software is very good at doing.

My personal favorite is the Control Point function which can be found under the Selective Adjustments option. Control Point is used to select specific areas of the image for adjustments. A very powerful feature that can help the user fine tune isolated areas of the the HDR photo. 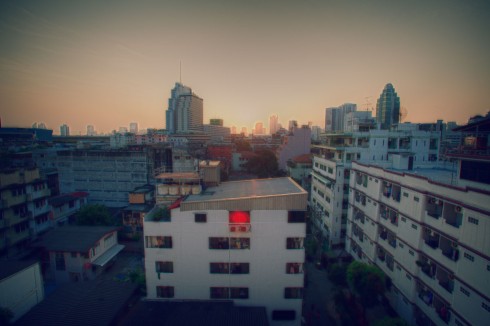 After tone mapping is complete I hit the OK button to process the final HDR image. I was hoping the rendering speed of the final image would be faster, but it’s equally as slow as everything else. It took me 8m to render the final image of the pier photo. The total time it took to merge and render that image was 15 minutes. This time doesn’t include actual tone mapping of the photo.

HDR Efex states that it can produce either dynamic or natural looking photos. It does a great job in producing more natural HDR images, but personally I feel the dynamic photos are not impressive. It seems as if the detail and contrast that HDR Efex produces for dynamic images lack visual interest. I can’t pin point the reason why… the photos just appear to come out bland.

Part of my test includes processing single RAW files. I wasn’t able to get HDR Efex to open a single RAW file using the provided HDR Efex Pro menu in Photoshop. It gave me some sort of an error, “The command “HDR Efex Pro” is not currently available.” However I was able to load a single RAW file into by using the File/Automate/Merge to HDR Efex… function. Whether or not this is the proper procedure for tone mapping a single RAW, I don’t know.

Working with a the single RAW file I found HDR Efex to be lacking in tonal range and detail compared to the other HDR programs that I’ve tested. Again, this could be how I’m processing the single RAW file. So instead of the typical tone mapping that I normally do, I decided to get a little creative and use some of HDR Efex’s more artist presets. You can see the results of the tone mapping in the cityscape photo.

I like the fact that I can use HDR Efex within Photoshop, it stream lines the editing process, unfortunately for folks who don’t have Photoshop or other compatible programs they won’t be able to use this plugin. That’s the disadvantage of a plugin, it requires a host program versus a standalone application which operates on it’s own. Another disadvantage of plugins is that when the host software is upgraded the compatibility of the plugin might become an issue and require an upgrade as well. This is why I prefer standalone software.

The possibility of HDR Efex being an amazing high dynamic range program is there, but until they speed it up, I find it too slow for my workflow. I don’t mind waiting for the software to merge or render the image. What frustrates me is having a slow interface that lags, and a preview image that takes forever to render. Of course this could all be because of my under powered laptop… however Photoshop CS5 and every other HDR program runs just fine. I recommend downloading the trial first and giving it a whirl yourself. Let me know if you have the same issue. I’ll update this review if I find it to be any faster on a more powerful machine.