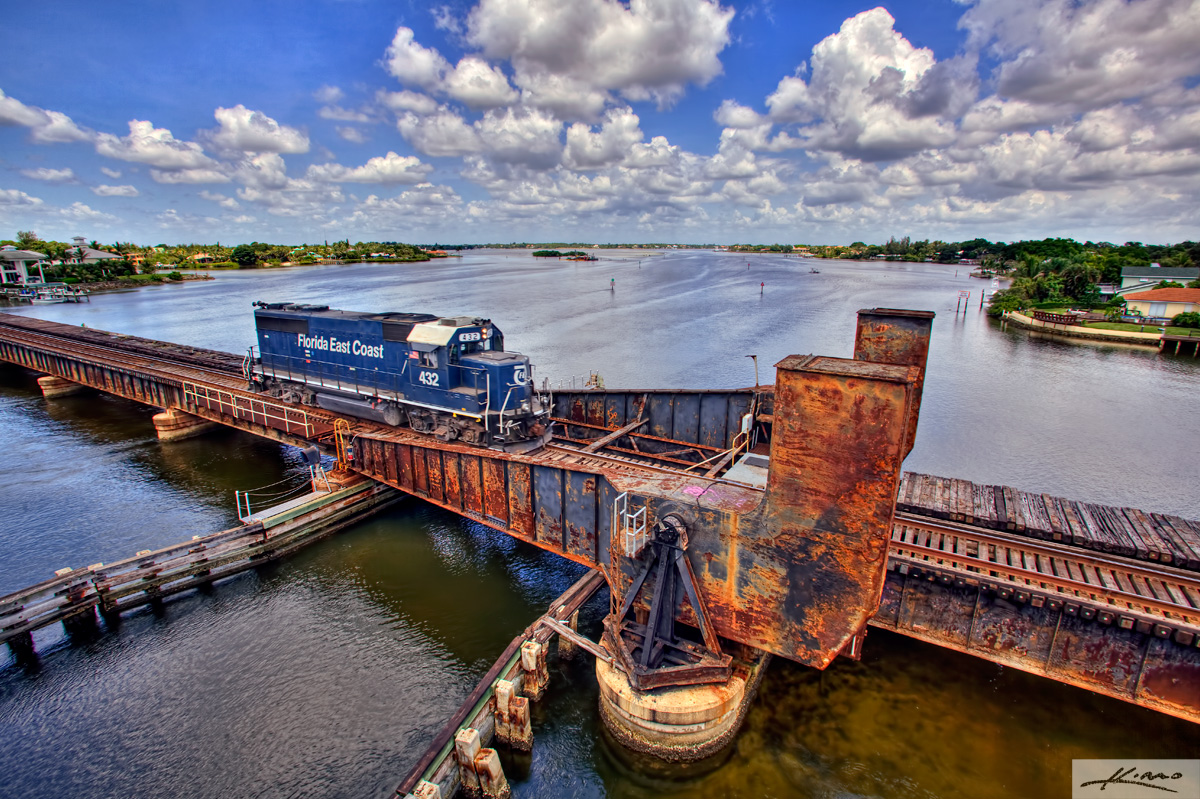 I was excited to go out to shoot this train during this beautiful weather. I knew I was going to get something cool with all the clouds. Unfortunately it was only a single engine train without any carts… boooo! To make it worse, it was going backwards, lol. But it still came out pretty cool.

The train wasn’t as sharp as I would have liked. Most people won’t even notice. I shot the the train at a shutterspeed 1/60th of a second. I want to blame it on the train blazing by and not giving me time to setup, but I would be lying because it wasn’t going faster than 10mph. It actually stop 5 minutes before crossing the tracks!