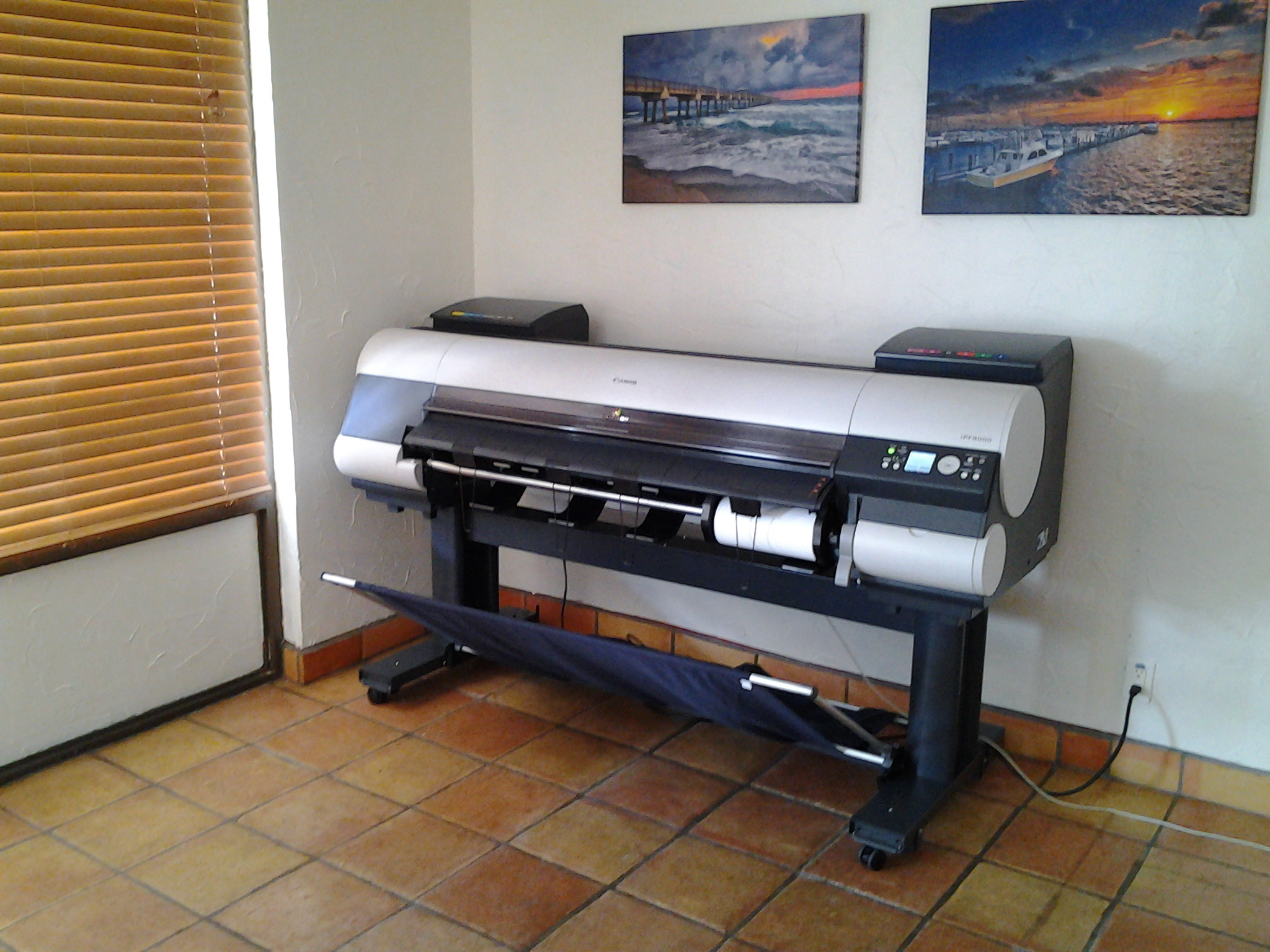 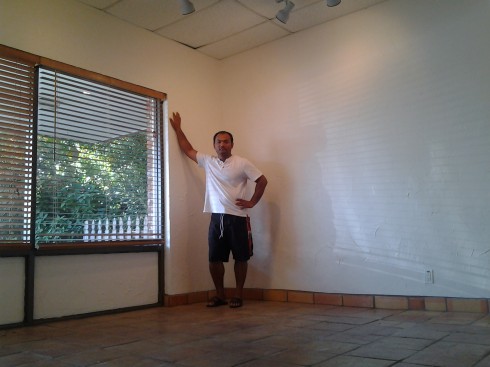 For those of you following me on Facebook, you probably already know this… I’ve made the next big leap in my photography career by leasing a studio/office/storefront/workspace. The house was getting a little too crowded with all the equipment so I had to find more space. I could have managed without it for another year but I wanted to speed things up. By having a studio it opens up a whole new world of opportunity for me.

However I think the biggest advantage of having my own place is the professionalism that it brings. I’m sure you can tell by the way I’m dressed ;-)

This place was nothing special but the price was right and that’s all that matters for now.

Closeup of studio which is about 650sq feet.

This unit was a French Cafe before I moved in and that was the reason I went with this place instead of the other space in the middle. Basically the interior was everything I was looking for. It had tile floors, plaster walls and even ceiling lights for displaying my work! So by getting this space I ready to go! 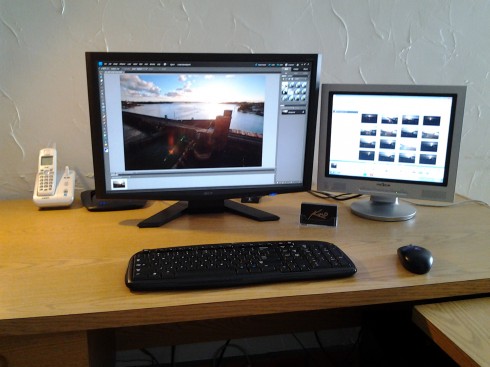 Window 7 Dual Monitor Workstation. PC was built by yours truly… nothing fancy.

I use to be a big MAC fanatic but ever since Apple abandoned the PowerPC Chips for Intel processors, I lost interest. 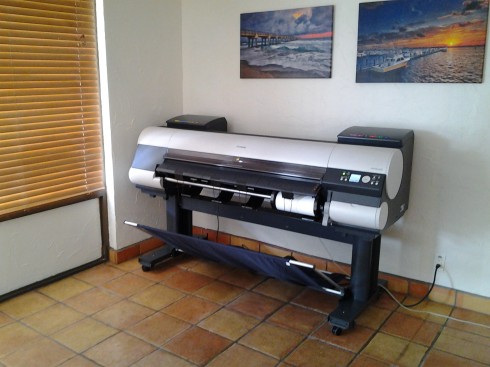 Large Format Canon Printer for Printing Canvas. The hardest part of moving in!

The most expensive piece of equipment I own. More expensive than all my cameras and lens combined! Hopefully it won’t be the biggest mistake I make.

This beast has 12 ink cartridges, each one is $300 a piece! If you think that’s crazy, it’s got 2 print heads and each of those cost $600! Every time this thing turns on the lights dim and my wallet gets thinner.

But I’ll tell you what… the image quality that this baby produces is the best in the business, and I’ve been in the printing business for over a decade.