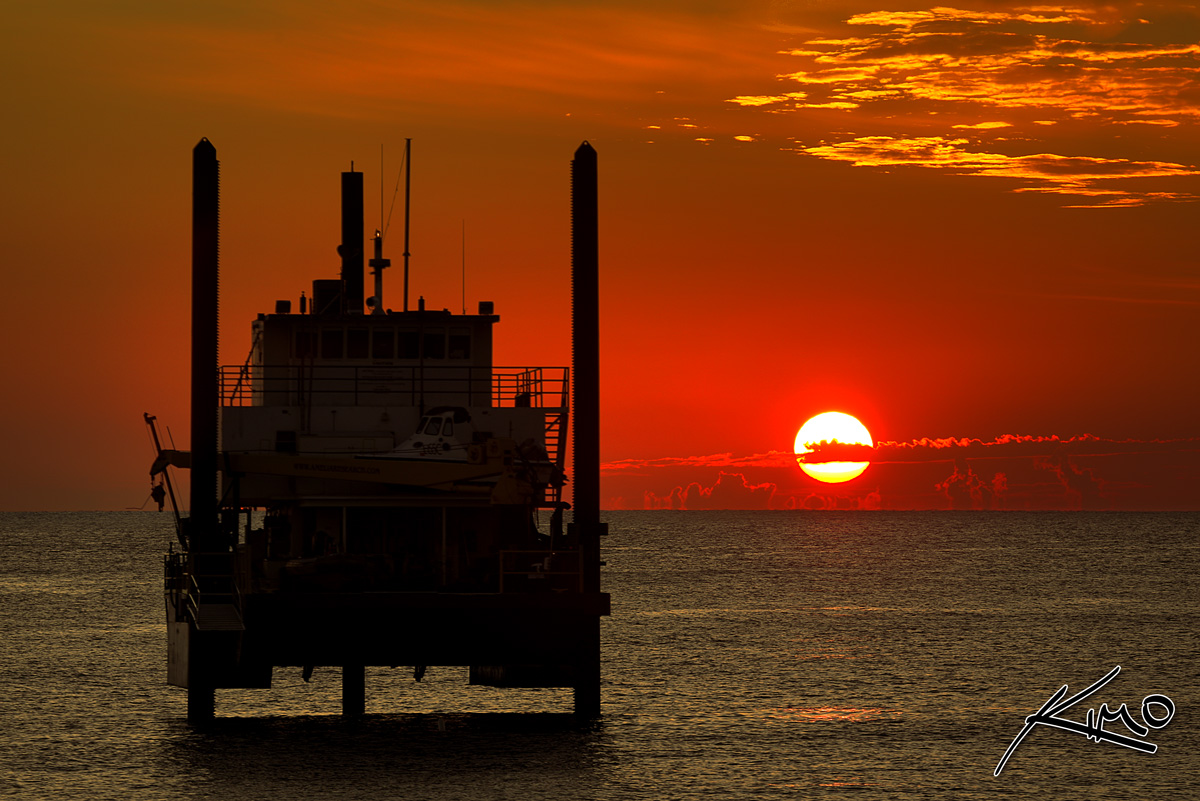 Treasure hunters off the Jupiter Inlet hunting for 350 year old loot from a Spanish Ship that sank in 1659. I’ve been meaning to photograph this barge at sunrise ever since the hunt began. My last attempted was unsuccessful since my camera broke. I could have done with some better cloud formation but this will have to do for now. I plan on shooting this treasure hunting barge until I get the perfect shot. Hopefully the treasure hunters stay around for a while and give me the opportunity.