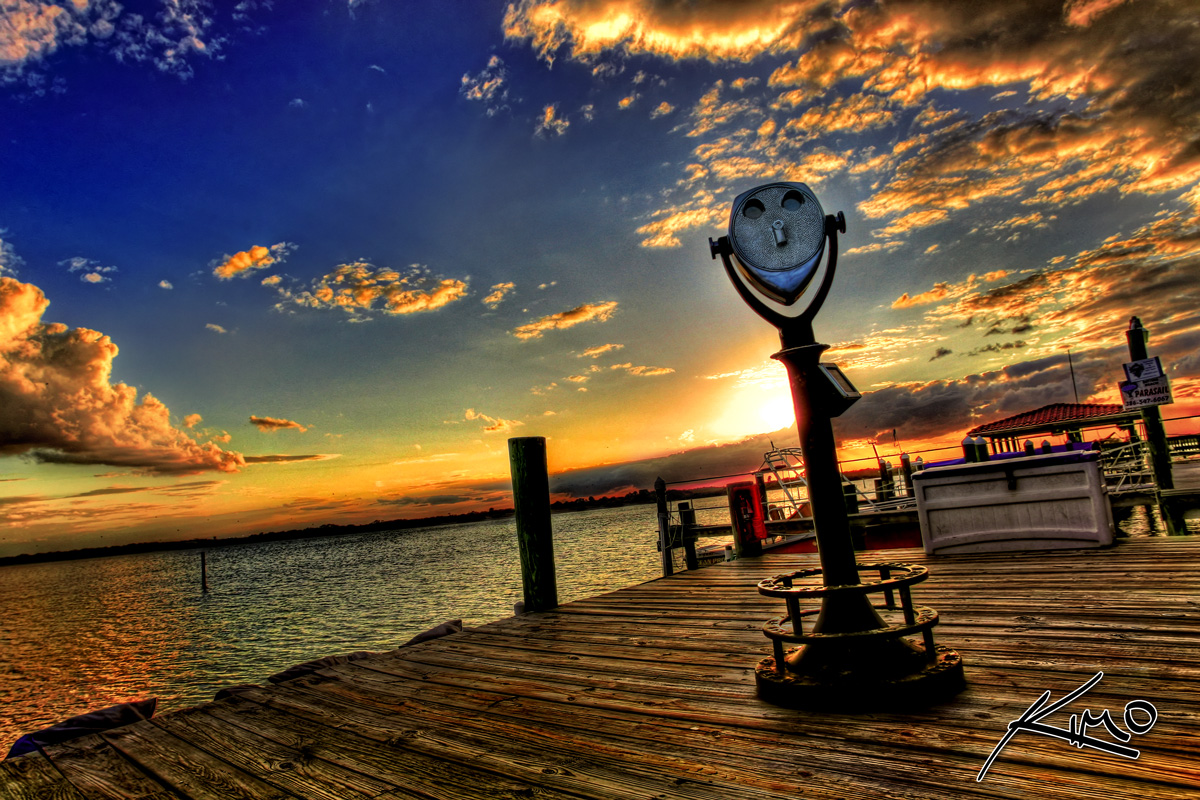 Not sure what these telescopes are called. I’ve always called them view finders but I’m pretty sure that’s not what they’re called. Anyways… this view finder was happily distorted by my 17mm wide angle so I had to get a little creative to make it less noticeable. That’s why I cropped it at such an extreme angle. I usually prefer my horizontal and/or vertical lines to be straight, but I made an exception for this photo. The distortion was that obvious. What made it worse was the low POV, which warped everything out of whack. Hopefully you don’t get bad vertigo from looking at this photo. I think it turn out surprisingly well considering what I had to work with. I would have scrapped this shot but sunsets like this don’t happen to often.