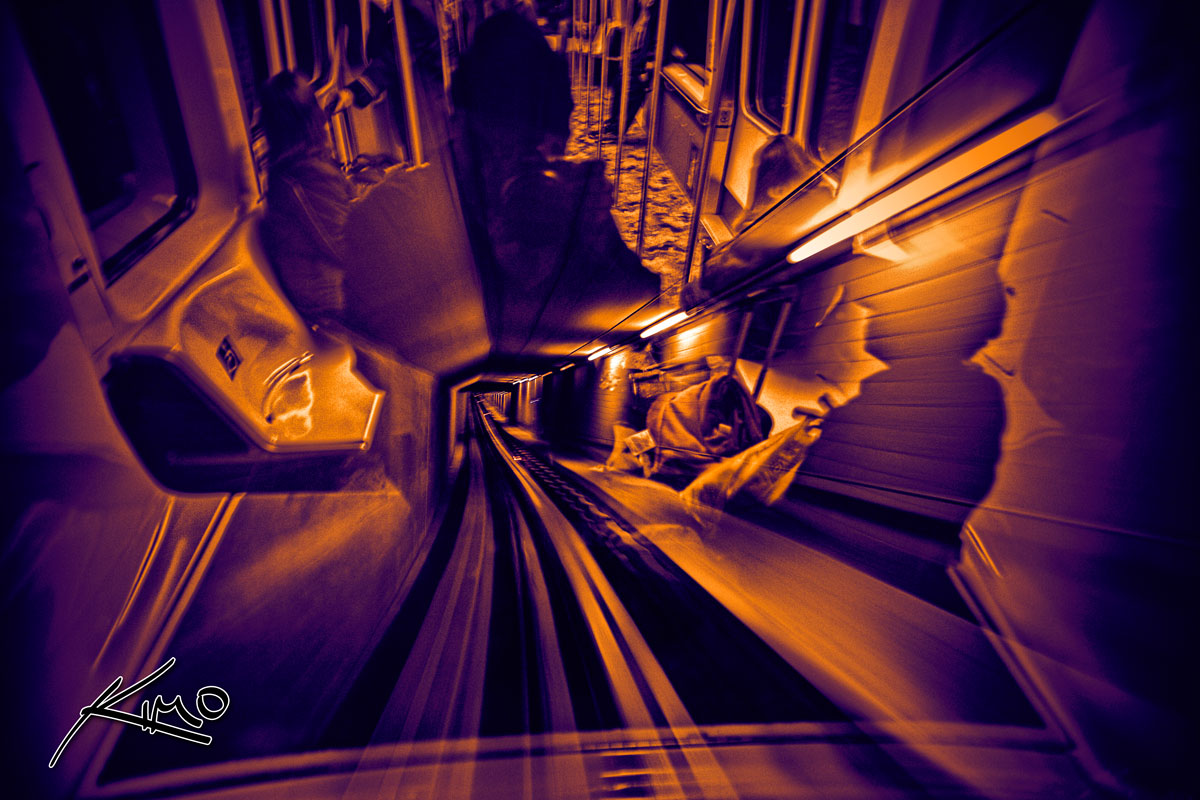 During my ride to Gate D, on the airport shuttle, I pull out my camera and started playing with the shutter. I figure it would make for an interesting photograph while the train was moving towards the terminal. Especially with the lights and the reflection from inside the train. The shots came out pretty cool. This particular shot I added a gradient map in Photoshop to simplify the composition and add visual interest. This was also a single exposure HDR, which it didn’t really need to be, but I wanted to keep playing around and experimenting with the exposure. Topaz Adjust was also used to up the contrast giving it that extra impact.