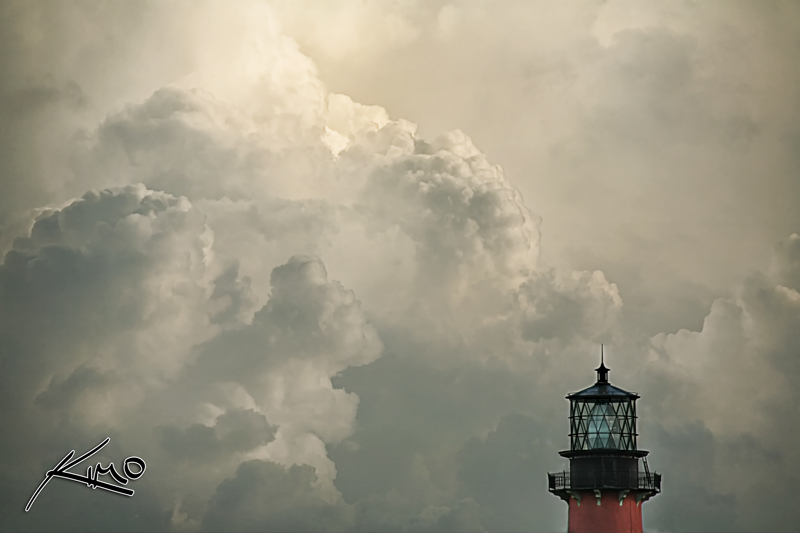 This is one of those lucky shots. Usually I have an idea of what to expect but this photograph absolutely surprised me. As lucky as it was, it did require some skill, or at least a good eye to know what to look for. Like the ears of a seasoned musician a good eye requires many hours of practice and my eyes have gotten plenty.

I saw the composition that I wanted but as usual there was something in the way. Trees, bushes, telephone poles, wires… you name it, it was there, everything but the kitchen sink. And to top it off, I only had this much lighthouse to work with. There was only one thing to do in this situation, cross my fingers and shoot until the memory card gets full.