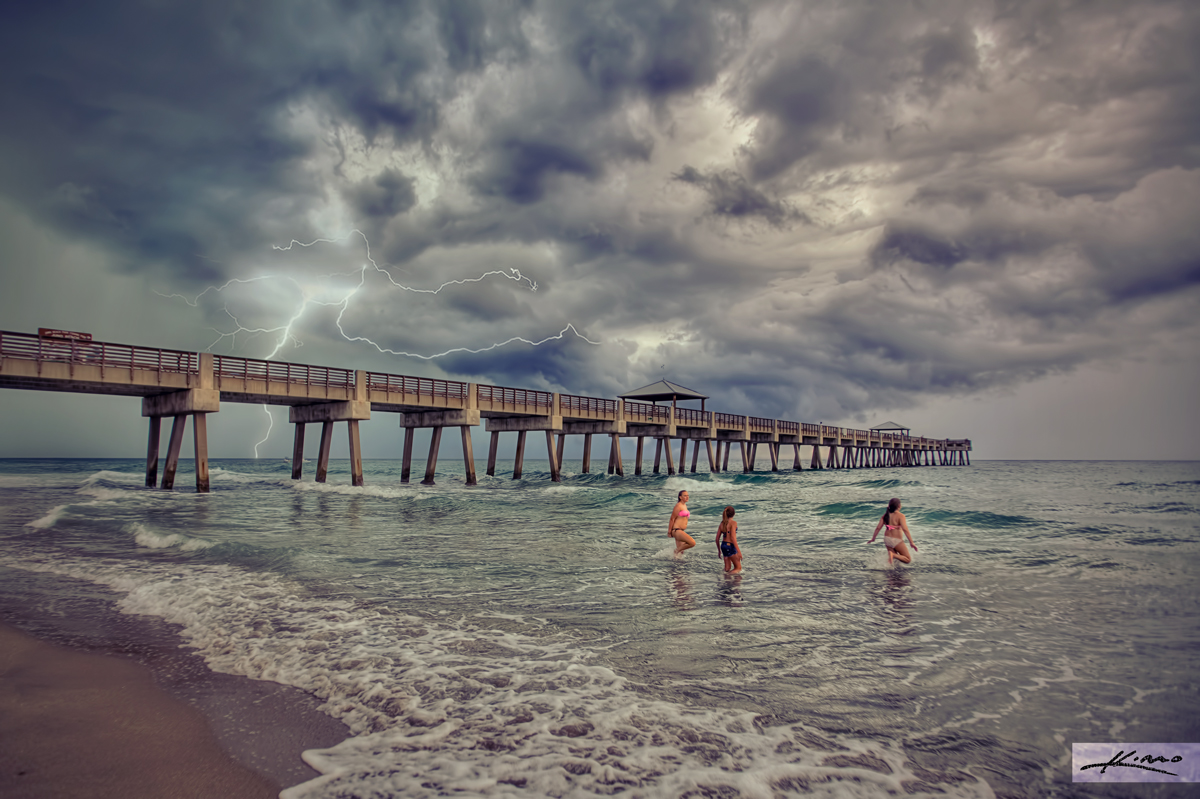 I’ve been having the itch to shoot lately but because of all this over cast there really isn’t much to photograph. Yesterday evening around 4pm the light was pretty decent but the sky was completely gray.

I decided to go shoot some birds anyways, over at Jonathan Dickinson Park. As soon as I got there, I couldn’t believe my eyes there was storm heading right for me. I can’t win!

So now I’m pretty upset because I was ready to shoot some birds, but it wasn’t happening with a storm like this. Instead of whining I decided to shoot the storm so drove to the Juno Pier.

I made it there just in time, the storm was rolling in with bolts of lighting all over. I was amazed at these three girls playing in the water, oblivious to the lighting headed this way. Even stranger, I didn’t see a single parent anywhere. Oh well… too much to worry about, I needed to shoot more and think less.

I really wanted to keep these girls out of the shot but the waves kept pushing them into my composition, so I decided not to fight it. It seems like no matter what I do, I can’t seem to have it my way. That is until a bolt of lighting came blazing out of the sky! Unfortunately I missed that too!

For me yesterday was not meant for photography. But that won’t stop me from doing some Photoshop work ;-)