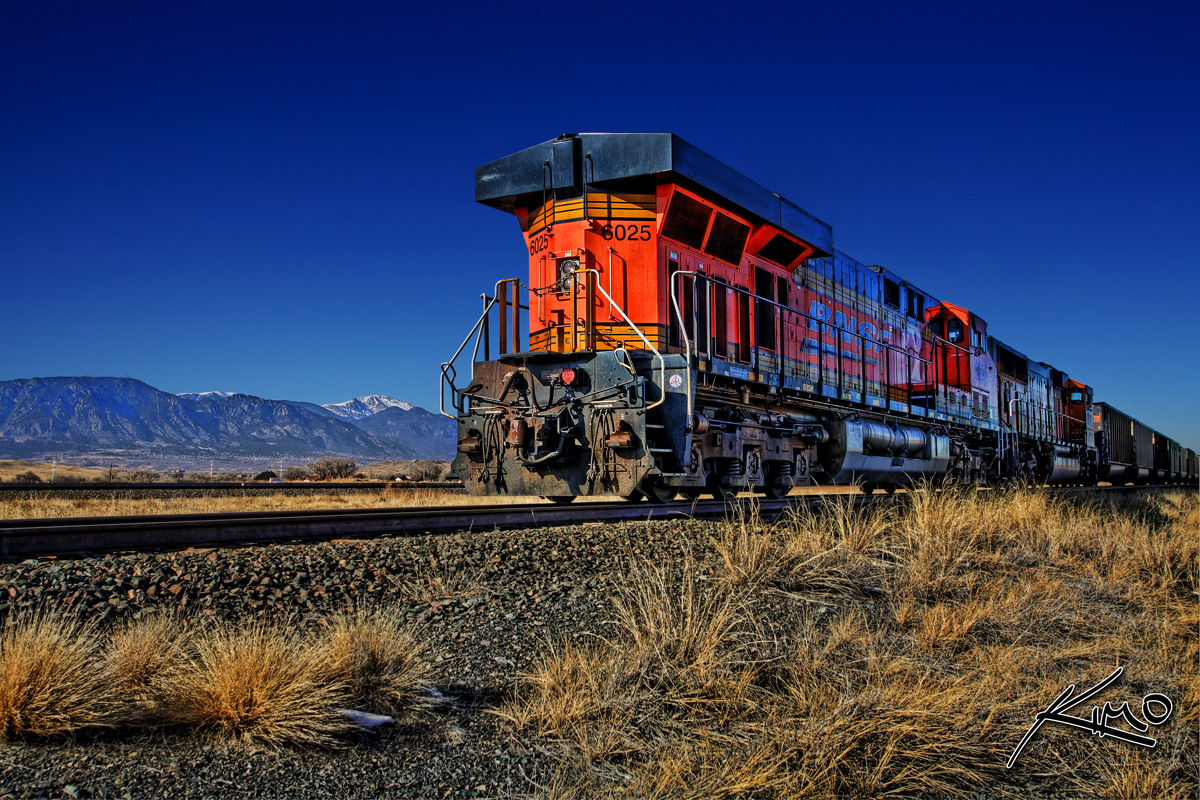 Found this train while driving around the neighborhood in Fountain, Colorado. You’re probably wondering how I managed to capture such a sharp image without any motion blur. The secret… find a train that’s not moving :-).  I couldn’t have been any more lucky, this train stopped at the perfect position. In the background is the Rocky Mountains and the snow cap peak is Pikes Peak. Pikes Peak, is the most visited mountain in North America and the 2nd most visited mountain in the world behind Japan’s Mount Fuji. I’m currently still in Colorado, and I have only one word for this place, “breathtaking,” and I literally mean breathtaking. Being from Florida, the altitude in Colorado has rendered me useless as a photographer. It’s was a struggle hiking the mountains with my gear. The air here is very thin and the zero degree weather is not helping either.