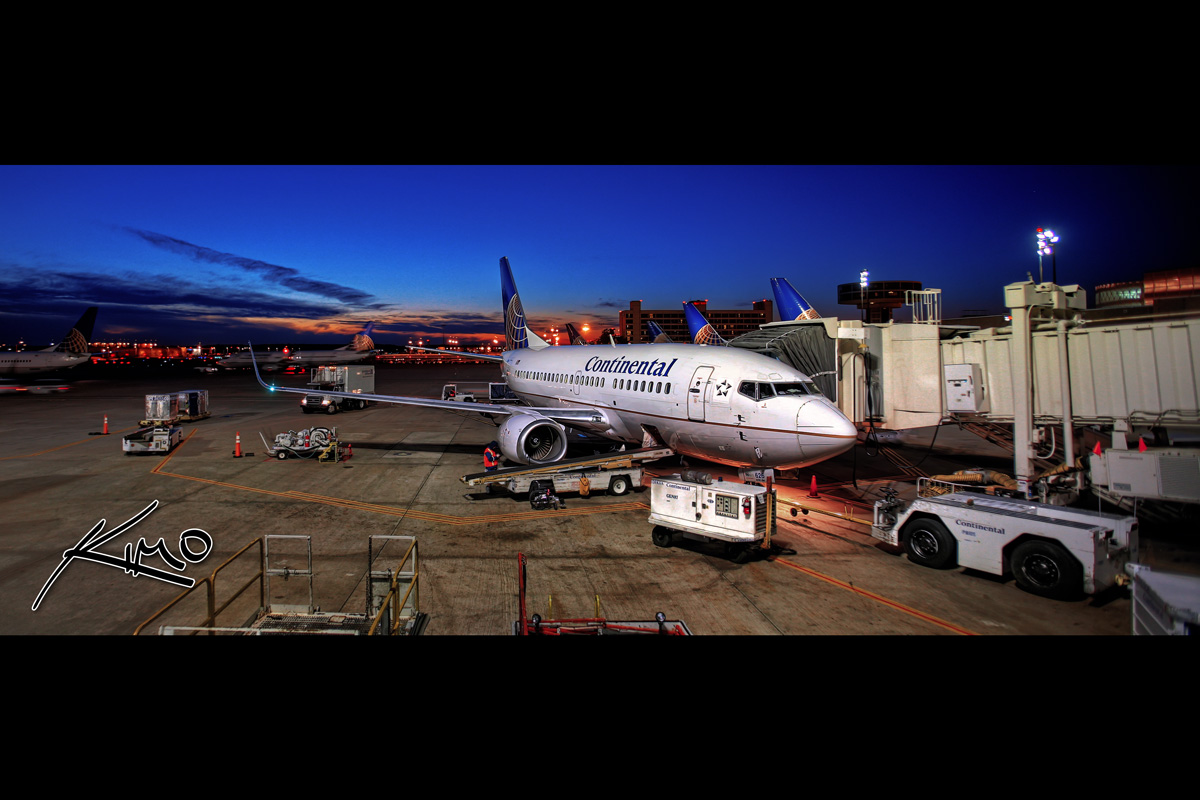 During my flight home from Colorado I had a layover at George Bush International Airport in Houston, Texas. The Continental airplane landed in Houston just as the sun began to set. As luck would have it my next gate was facing west with a clear view of the setting sun. This gave me an opportunity to photograph my next plane preparing for departure to Florida. Not a bad shot considering I had to shoot through a dirty airport window with reflections galore. My trick to avoiding greasy finger prints and unwanted reflection is to place the lens directly against a clean area of the the window. This will reduce reflection from the glass and give you a clean shot without any nasty figure prints. Stability is also added when the lens is place firmly against the window, and since I shoot HDR, I need all the stability I can get. I try to avoid pulling out my tripod in the middle of the airport nowadays. Folks tend to give me the evil eye when I do.
Processing Technique: 3 exposure HDR merged using [intlink id=”546″ type=”post”]Photomatix[/intlink]. Detail enhanced using [intlink id=”542″ type=”post”]Topaz Adjust[/intlink]. Noise removed by [intlink id=”542″ type=”post”]Topaz DeNoise[/intlink]. Image smoothed using [intlink id=”542″ type=”post”]Topaz Simplify[/intlink]. Photo processed with Photoshop CS4.
[ad#Google Adsense-3]
Camera Used: Canon 5D Mark1