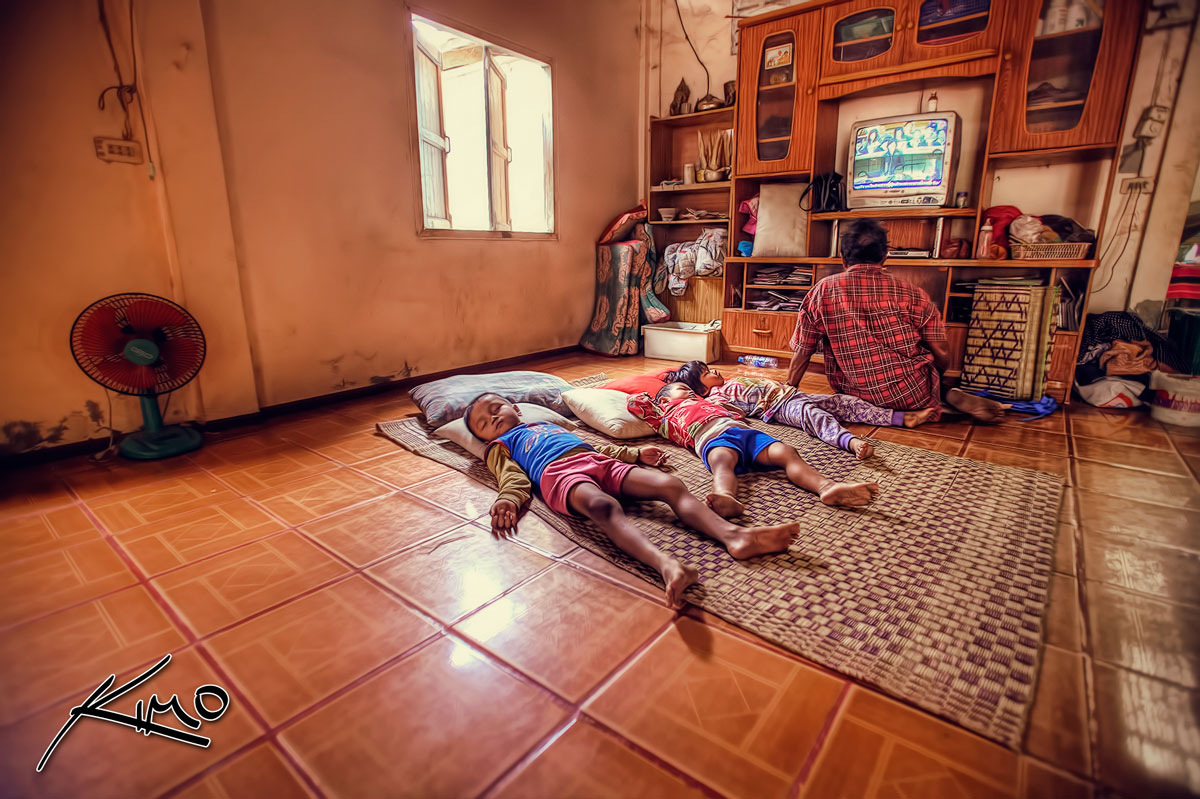 Every afternoon at Grandma’s house, if the grands kids aren’t in school, they’re forced to take a nap. I say forced because these kids, like any other kids… anywhere else, hate sleeping. Grandpa forces them to sleep with a straw stick. He watches their eyes and if he sees them open, he whacks them on the foot. It doesn’t seem like it hurts but to the kids it’s enough for them to keep their eyes shut. He’ll sit beside them until they all fall asleep. And when they finally start snoozing, he watches television until they wake up.

As for the photo and how it was processed… I used Photomatix Pro to create a single exposure HDR. I then took the single exposure HDR into Photoshop and applied Topaz Photoshop plugins in a specific sequence to get the affect you see in this photo. The Topaz sequence that I used has been put into a Photoshop Action. An action allows me to run a specific sequence of events in Photoshop to produce the same look. I’ll have this action available in May once the e-book/tutorial is complete. Be sure to sign-up for the Captain Kimo Monthly Newsletter for the latest updates.