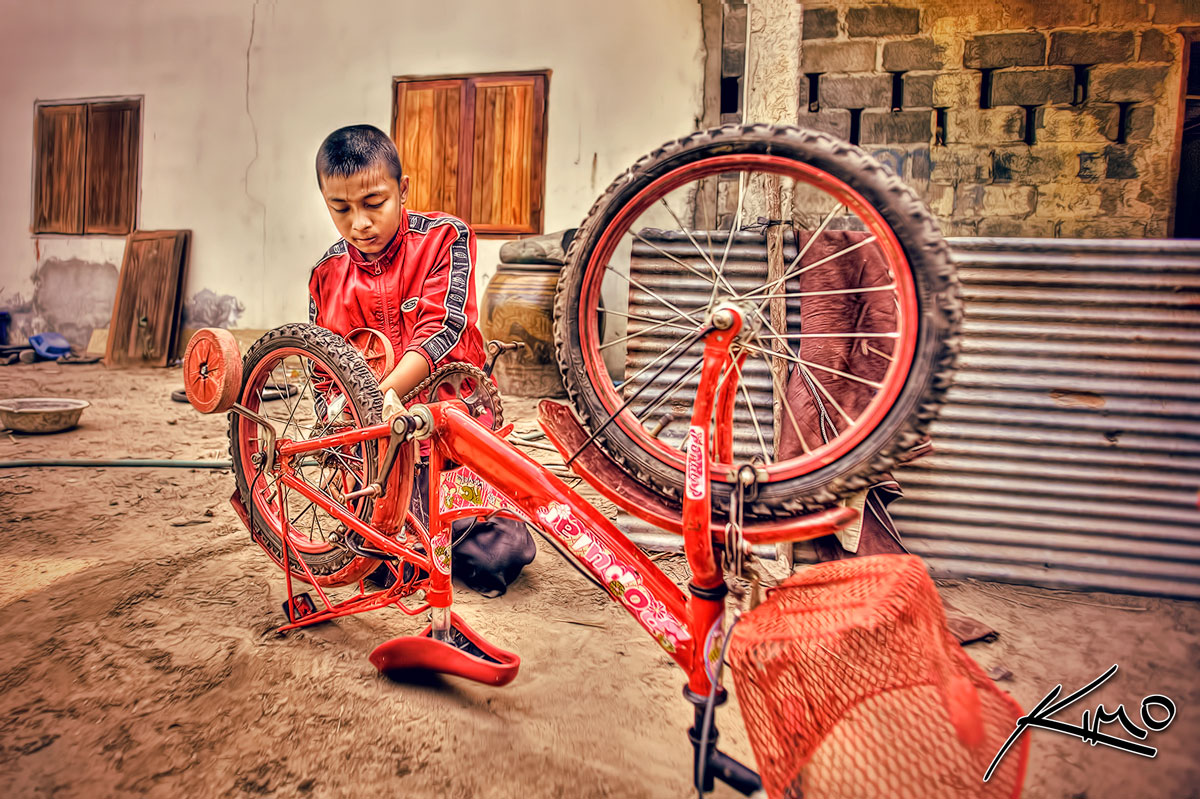 Dom is one of Grandma’s older Grand Kids. Like any teenager he can get himself into quite a bit of trouble, but overall he’s a good kid. He does his share around the house, like everyone else, and one of his responsibilities is to look after the younger children. Grandma doesn’t babysit the kids all the time, she knows how to delegate very well. In this photo Grandma had Dom fix a bike for his younger brother. Dom is naturally gifted when it comes to fixing things so he was finished within a matter of minutes. But his younger brother is equally as talented when it comes to breaking things. It didn’t take long before Dom had to repair the bike for the second, third and even fourth time, lol.