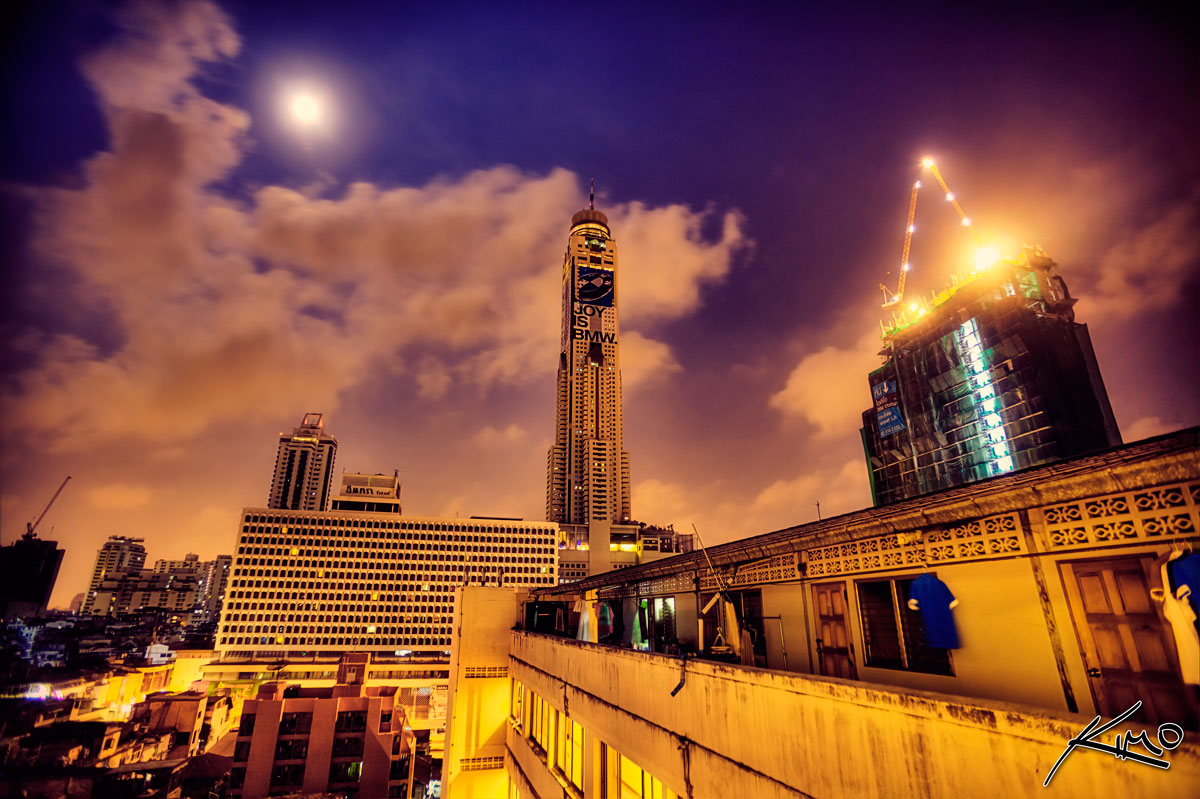 For now, here’s the last photo from Bangkok, since I’m presently out in the country staying in Ban Kruat.

Once again I woke up early (3am),  so I went for a stroll around the hotel and found this beautiful angle of the Baiyoke Sky Hotel. This is the second version of the hotel and is now the tallest building in Thailand. The first Baiyoke Sky building sits next to it on the left, less than twice the size. The building on the right, still under construction, might be Baiyoke’s next competitor for tallest building.

This HDR photo was created from a single exposure, so I used only one RAW file to create my HDR image in Photomatix. It came out delightfully well for a single RAW file shot during nighttime hours. I also applied the use of my Captain Kimo Photoshop Action which also made it look even better. I’m surprised all the time at how some HDR images turn out after applying my action. I have also gotten a lot of great feedback from people who have used the action as well. Now I need to create a new Photoshop Action to top the current one, which is definitely going to be hard to do.